Old Newquay Tretherras friends met up at the Lanherne pub on Saturday 26th, in a grand school reunion which saw former students coming from far and wide.

The reunion was targeted at the Grammar School intake of ’62, but other Alumni of Tretherras also joined in the event inspired by the Beatles song “When I’m 64″.

The intake of ’62 saw the introduction of decimalisation, and during class time heard the sonic booms of Concorde whilst being tested over the Bristol Channel. Many of the group also saw the Beatles at the Headland Hotel, one of the many venues of the now famous Beatles Magical Mystery Tour.

Carol Drake, who flew in from Australia’s Gold Coast, won a bouquet of flowers for the most distance travelled. Peter and Brenda Davy were Guests of Honour. Peter was a Deputy Headmaster and taught at Newquay Grammar School, then Newquay School and finally Tretherras.

It was a wonderful evening, enjoyed by all. 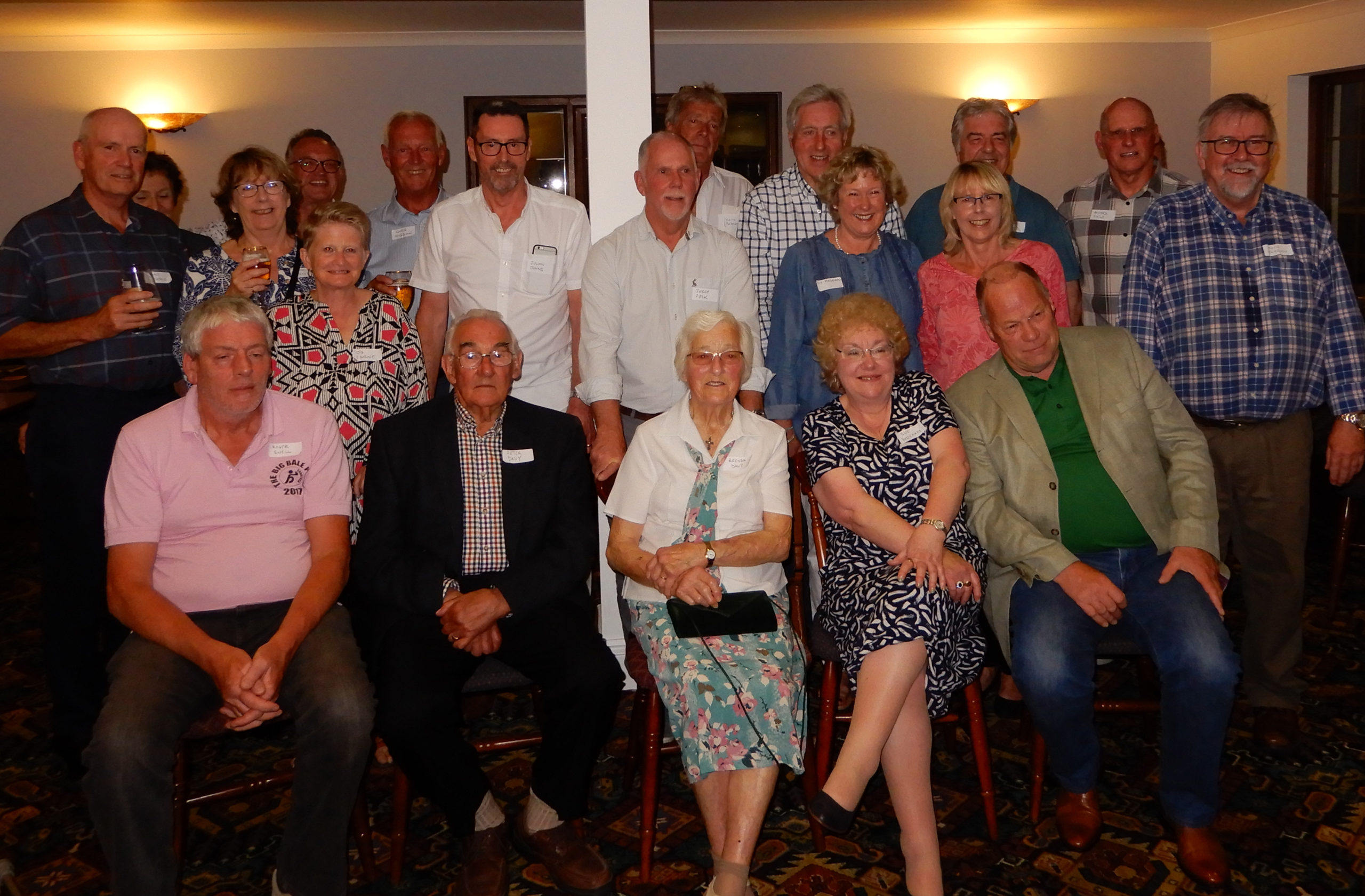