The personally written card was sent in recognition of all the face visors made for key workers during the March lockdown. Along with a team of students, led by Mr Vittle, nearly 2000 visors were manufactured and distributed to key workers in the Newquay community.

In the card Colonel Edward Bolitho, Lord Lieutenant of Cornwall, commented: “As Her Majesty The Queen’s representative, I would like to thank you for the wonderful contribution you have made, and are continuing to make, to Cornwall during these extraordinary and challenging times.”

Modestly, Mr Vittle commented, “I am so proud of the team who helped make the visors and who worked selflessly during the lockdown to help others. They should all be proud to have received this”. 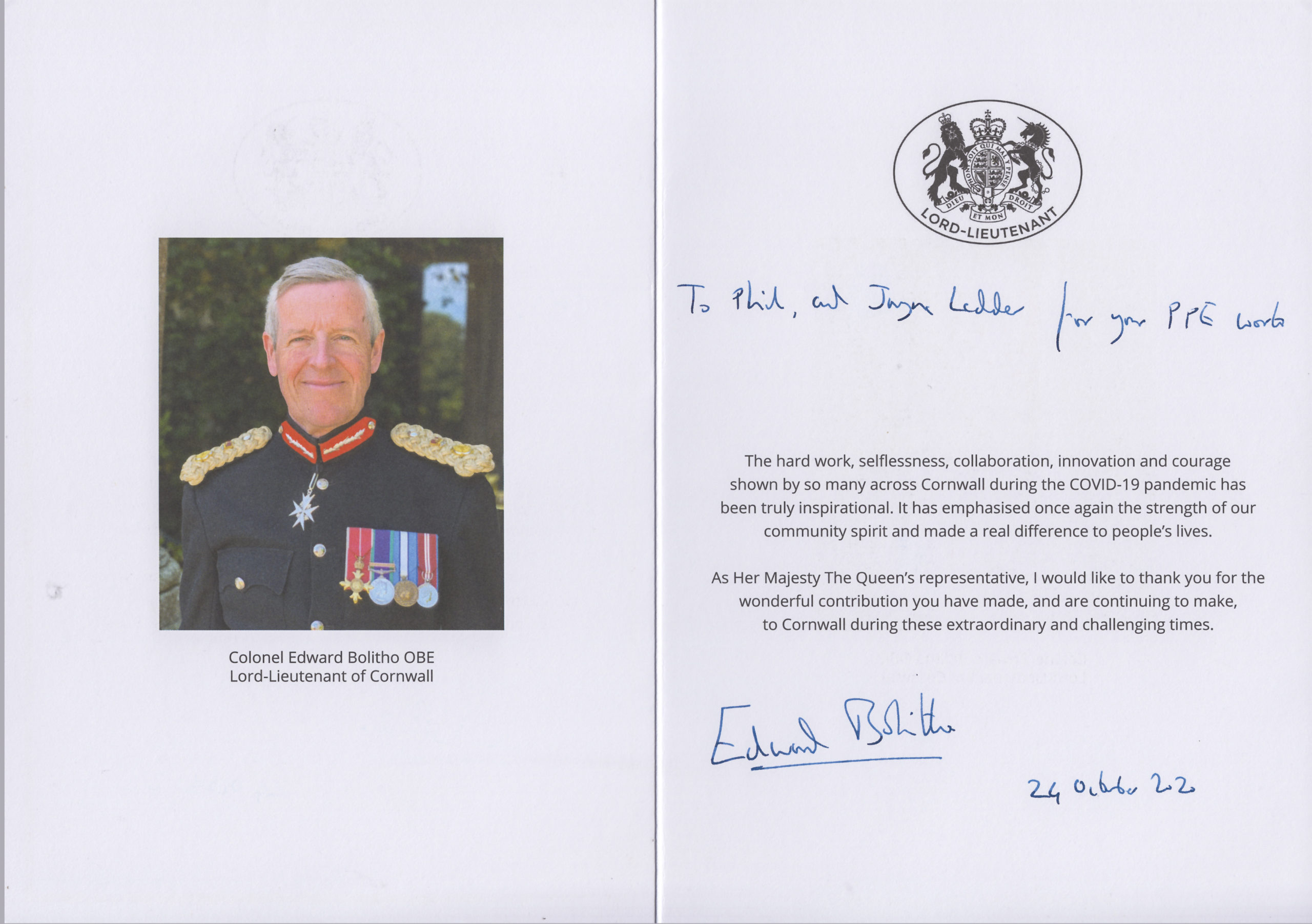